Design For, Design In, Design With 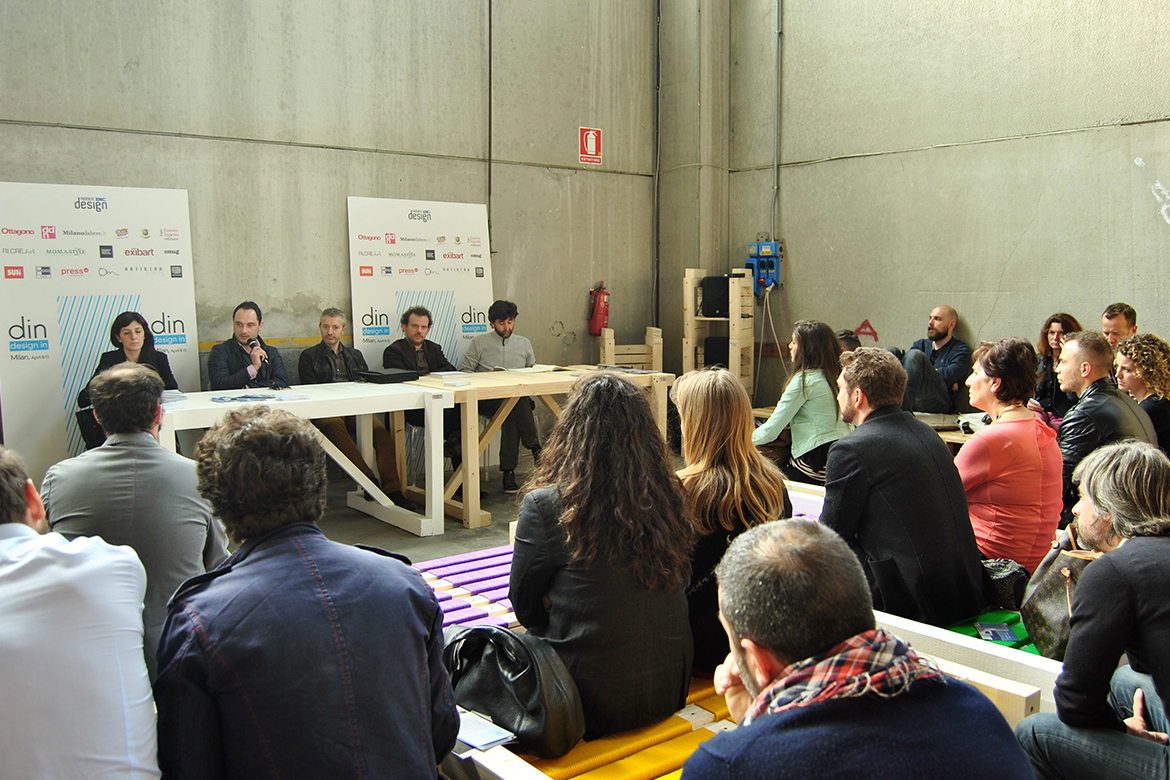 They are among the initiatives entirely dedicated to the emerging creative heritage of the self-produced design, organized by promotedesign.it and involving the entire web community of talented designers. The presentation of the book – catalogue Design For 2014, the exhibition DIN – Design In and the visual contest#WITH – Design WITH food, are the events which will be enlivening the Fuorisalone during next Milan Design Week from the 8th to 13th April 2014.

As every year the organizing engine powered by Promotedesign.it is ready to present the news which will make the web portal, by now reference point for self–produced design one of the leading actor at Fuorisalone 2014 opening the doors to the next edition of Salone Internazionale del Mobile.

This year the book-catalogue Design For 2014, freshly published and at its third edition, presents 232 concept coming from 116 designers brought together by passion for design. It contains more than 1000 images, unreleased interviews, biography and in-depth analysis on designers such as Paolo Barichella and Marcello Ziliani and with the contribution of international leader companies as Arper, B&B Italia and Magis. The collaboration with Logo Fausto Lupetti Publisher, aims to approach the addressee and design producers to a growing offer of creativity. Design For 2014 carries on with its mission supporting talented designers to join together with the most important companies in the sector, but above all wants to arise the interest for creativity also by an heterogeneous audience of “design lovers”. The interest for creativity shines trough every single product presented in the book. An official presentation will be dedicated to Design For during the opening days of the Fuorisalone.

Promotedesign.it, after the success gained during past edition, confirms even this year its presence at the Fuorisalone 2014 with the event- Din – Design In. It will take place in the Lambrate district, in the heart of the area representing the best of the state-of-the-art, experimentation and multicultural projects. More than 100 self-produced designers will present in advance their new collections showing the most brilliant and innovative ideas, symbol of the developing Made in Italy. The venue of Din – Design In 2014 is a big industrial space and the setting up is conceived to give the event a strong impact image.

Absolute news for this year: the visual contest #WITH – design WITH food, open to Interior, Product, Graphic, Food, Textile and Light designers coming from Italy and abroad. The subject is “A designer engaged with food” telling the personal relationship with food through stories made of still images, inspirations, visions, suggestions from a sustainable and eco-friendly point of view. Not only trend, not only sensory taste perceptions creating well-being but a reflection on the main theme “Nutrition as people health” reaching millions of people coming to the Expo 2015. Each designer joining the initiative will interpret the subject by creating his own approach: environment, ethics, reuse and recycling, by using different objects, prototypes or products and applying any technique of composition and touch-up. On Saturday 12th of April from 5pm to 8pm in the area dedicated to the event Din – Design In, a committe chaired by Food designer Paolo Barichella, will introduce the three winners of the contest.

INFORMATION AND CONTACTS FOR VISITORS