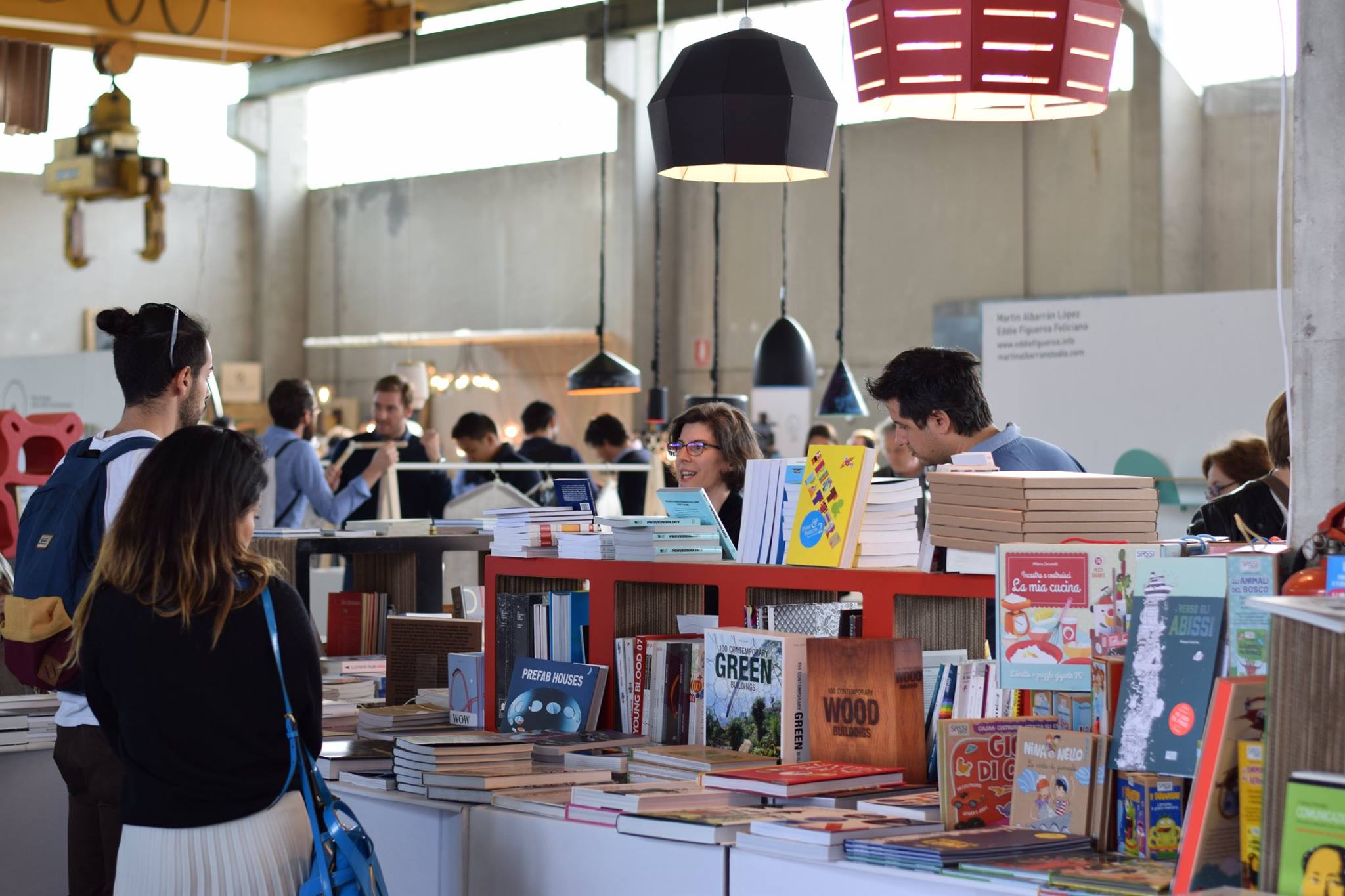 The fifth edition of Din-Design In, the exhibitory event by Promotedesign.it is now over. It took place from April 4th to April 9th in the Lambrate area. It has joined the initiative by Ventura Design District, project which had the patronage of Comune di Milano.

Among the most innovative products Plantui 6, a hydroponic indoor garden for growing intense herbs. Plantui 6 grow 6 plants by the exclusive capsule system. It’s an innovative product, with an intelligent software that take care of the lights, water and nutriments automatically. Very eco-friendly also the wall ornaments Energy Wall, project by Dipl Architektin Denise da Cruz Campitelli after the researches of www.greentime.li. Apart from being a good ornaments it’s also perfect for producing clean energy.

Din Design In also gave space to important Italian Design Institutes: some excellences of the University of Design Polo Michelangelo of Bologna, selected for the realization of modular furniture have been exhibited at the location and also the new line of Design of CentroStileMichelangelo and Arancia Design has been presented by the famous Architect and Designer Alessandro Mendini who also passed by the location.; il Nuovo Istituto di Design di Perugia, instead, exhibited NODE – Natural Organic Design Exhibit, a light installation, where craftsmanship and design interact in a whole new context. NODE, is nothing more than the synthesis of interweaving the willow and LED tube light, where the linear and clean forms of pendant chandeliers that come from plant branches, appearing in all their naturalness, ended by a disruptive element identified in the led bar.

Din-Design In confirmed itself as one of the must see event during the Design Week, thanks to its creative, international atmosphere and bearer of news from the design sector. Journalist, professionals, experts and curious people invaded the space of Din-Design In. More than 120,000 the people who passed by the location that for 6 days hosted the best from the
autoproduction and industrial design and a bookshop run by the publisher Logo Fausto Lupetti Editore.

As a confirmation of the success, the words of the founder of Din – Design In 2017, Enzo Carbone:

“The 2017 edition has without any doubts been positive and full of contents for the great feedback. The enthusiasm and the energy that you could breath in the space infected also the visitors who took part in the event. The Design Week in Lambrate has once again proved to be one of the most awaited and exciting. The feedback received from the designers who participated really make us proud. We are already thinking about the next edition, ready to work hard to give the audience an unmissable event, always in the now consolidated area of Lambrate”

Din – Design In 2017 also hosted the project Heart’s Serviced Apartments for Art – Business – Mountain – Sea design by Simone Micheli Architect – internationally famous archited who gave life to a new concept linked to the world of hospitality. It offers a careful and thorough overview of the current change leading to the substantial increase experienced by the field of extra-hotel hospitality in the last few years.

Promotedesign.it also organized wEating 2017, the event that joined street food to design presenting good food and excellences of 9 food truck with an eye to the quality that in these first edition were no longer simple bridge among the exhibition but gained a whole space dedicated to them: ApeBedda, spokeperson of Sicilian street food with Pane Cunzatu as better dish, Marchese – Cannoli on wheels and its fabulous Sicilian cannoli, Aperia, that presented its tastes from the tradition of Salone, Baladin and its funny Beer Bike that gives Milano handmade beer from the famous firm from Turin, il PARMIGIANO gourmet street food with its parmesan menu, COOL Gelateria Naturale that gave the chance to taste an ice cream that followes the season rhythm, Brianza che nutre un Consorzio di eccellenze, that choosed to represent the whole territory of Brianza and Las Bravas that brought a Spanish touch and food with Spanish tastes. Many were the news and the surprises in this 5th edition of one of the most awaited events of the Design Week of Milan. Now you only need to wait for the next year to find out what Din Desin In has in mind.

Projects developed by Promotedesign.it are:

Design For, a book/catalogue with the best design-concepts carefully chosen by Promotedesign.it; a very useful tool to all the manufacturing firms that have the possibility of selecting the best ideas from international designers.

Din-Design In, an expositive event created to give the chance to self-produced-designers to show their creations to an international audience and to allow a greater distribution of their concept.

Treneed.com, an e-commerce channel for the all the self-producer and the design enthusiast s that through the website have the possibility of selling and buying.

Promotedesign.it
We are a collective of designers and architects whose goal is to promote creativity and design. Through the web portal and the offer of numerous service we put into contact all the actors in the sector. We collaborate with several bodies, as manufacturing firms, universities, specialized schools and publishing houses in order to favor the realization of different planning projects that help the increase of the debate.

The web portal also include several institutions related to the design universe, like prototype laboratories, photographers, press offices and more, to offer the registered users a network in constant change. The portal wants to be not only a useful working tool but also an opportunity to develop collaborations.

All the subscribers can create a professional profile from which manage independently all the personal information. In the profile the user will upload pictures of products, concepts, developing projects, descriptions of those projects and also a biography/cv. The system works for designers, firms and all those who wants a relevant service.