80 events for the first edition of the Milano Jewelry Week 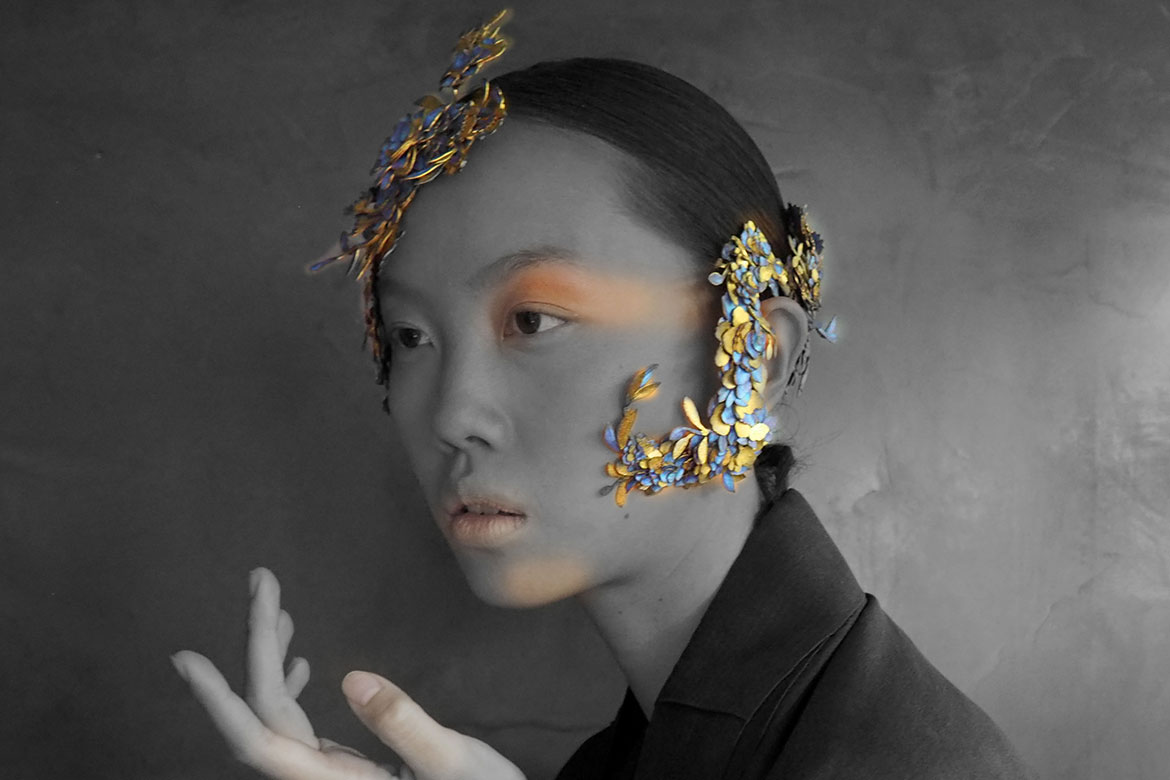 On exhibition over 300 artists, with emerging talents and established artists such as Giorgio De Chirico and Arnaldo Pomodoro

Milan, October 2nd 2019 – From the 24th to the 27th of October the first edition of the Milano Jewelry Week will take place, new week of the Milan schedule entirely dedicated to the jewelry world. With an engaging and varied calendar that will count about 80 events held in high jewelry ateliers, goldsmith workshops, academies and art galleries, design schools and showrooms and fashion boutiques in the city center, the Milano Jewelry Week wants to bring closer the handmade lovers to the jewel. The events are not for the experts only.

On the specific vocation of Milano Jewelry Week Enzo Carbone – the Founder of Prodes Italia, the company that created and will manage the entire organization of the event says: “I am really proud to see such an ambitious project come to life. We have been planning to realize it for many years and finally, in 2019, will see its first edition. My main goal has always been to create a happening for all the experts in the sector, that at the same time showed this fascinating world to a wider audience. The success gained over the years by Artistar Jewels has given us the opportunity to intercept the need to give the right emphasis to contemporary jewelry, seeing in Milan the perfect city to welcome avant-garde and new trends while continuing to enhance traditions.

Collective and personal exhibitions, vernissages, exhibitions of galleries and international schools, awarding nights, workshops, cocktail parties and performances will offer different points of view on the history and techniques of the goldsmith’s art, restoring a multi-faceted and accessible image of the jewel to which also non-experts can easily become passionate.

All the details and participants of Milano Jewelry Week, supported by the Municipality of Milan through the Patronage of the Assessorato Economia Urbana e Lavoro Unità Moda, Design e Creatività, were unveiled at the press conference held on Wednesday 2 October at 11 am at the Sala Commissioni at Palazzo Marino.

The calendar of events of Milano Jewelry Week, in constant update, can be found on the website www.milanojewelryweek.com and will be published in dedicated guides distributed from October 23rd throughout the city of Milan in several places of the city, such as Lanza, Cadorna, Porta Venezia, Duomo and Porta Garibaldi and online starting from October 2019. For the entire duration of the event, press tours of the events will also be organized in order to go deeper into the jewelry world.

Among the group exhibitions, an important role will be played by Artistar Jewels 2019 Fall Edition, an international reference event dedicated to body ornaments now in its seventh edition. Artistar Jewels, which in the past hosted important creatives including: GianCarlo Montebello, Philip Sajet, Yoko Ono, Pol Bury, Faust Cardinali and Gillo Dorfles, for the 2019 Fall Edition will see the creations of 151 artists and designers from 40 countries at Palazzo Bovara in Corso Venezia 51. Alongside the works of Artistar Jewels, Schmuckgalerie Silbermann will bring a spin-off of “In Flux” – a surprising exhibition that debuted at the Munich Jewellery Week 2019 – in which 12 pieces by Edwin Charmain, Kathy Kraus, Elisavet Messi and Lingjun Sun will encourage a conversation about the evolution of goldsmith craftsmanship and will investigate current opportunities. Meanwhile, Assamblage – National Contemporary Jewelry Association (Romania) will present BELONGING/S, a special interactive project of jewelry and photography.

Also at Palazzo Bovara, on Friday 25 October at 6.00 pm there will be an awarding ceremony dedicated to the artists involved in the exhibition Artistar Jewels and to the final year students of the schools and academies that will participate in the Milano Jewelry Week: Accademia del Gioiello For.al, Accademia Di Belle Arti di Brera, Assamblage (Romania), Galdus, Hard To Find (Mexico), IED Milano, PXL University of Applied Sciences and Arts (Belgio), Saimaa University of Applied Sciences (Finland), Scuola Orafa Ambrosiana, Scuola di Arte Sacra di Firenze,  Stellenbosch University (South Africa). The students’ creations will also be on display, for the entire duration of the event, at the Galdus School, where it will be possible to admire over 100 creations of the best students of the academies.

The Artistar Jewels jury, chaired by Elisabetta Barracchia, director of Accessory Vogue Vanity Fair and Wedding Vogue Vanity Fair and composed by Gianni De Liguoro, founder and designer of the famous De Liguoro brand, Guido Solari Director of the headquarters of the Scuola Orafa Ambrosiana of Via Tortona 26 and of the SOA Lab & Factory of Via Savona 20 in Milan, Ivan Perini Fine Jewelry & Consultancy, Assamblage – National Contemporary Jewelry Association and Irina Slesareva Director of Jewellery Review Magazine and Creative Director of Russian Line Jewellery Contest will deliver numerous prizes that will include:  training courses and internships in internationally recognized ateliers and schools, editorials in reference magazines of the sector and social campaigns on authoritative channels.

The designer Gianni De Benedittis, in collaboration with Artistar Jewels, establishes the Prize futuroRemoto jewels. The prize consists of two sums of money that will be assigned, respectively, to an artist of Artistar Jewels and a student of the Talent Show, who will have distinguished themselves by excellent mastery of the goldsmith technique and who will have taken into account the needs and trends of the fashion system, with the idea that the money contribution can be used to finance the first steps in the jewelry world. For the selection of the winners the jury will be composed, as well as by Gianni De Benedittis founder and Creative Director of the brand futuroRemoto, by Simonetta Gianfelici, top model, fashion consultant and talent scout and a representative of the Camera Nazionale della Moda Italiana, Saturnino, international musician and eyewear designer.

The Bastioni of Porta Venezia will instead be the headquarters of the important Special Guest of Milano Jewelry Week among which Gianni De Benedittis stands out, who will present CARNIVOROUS, the new Spring-Summer 2020 collection of futuroRemoto. Pieces with an unmistakable style inspired by the shapes and vitality of carnivorous plants made of silver, gold and precious stones, with the lost wax casting technique. Visionary creations and at the same time representative of our contemporaneity. In additional to Gianni De Benedittis, Nicolas Estrada and Faust Cardinali, two renowned international artists of the contemporary jewelry scenario will show their iconic pieces through exhibitions and live performances.

The Scuola Orafa Ambrosiana in Via Alessandro Tadino 30 will open its doors to the public to show the tools and see the students at work. In the following days, lectures will be organized dedicated to those who want to know more, for example, about the different techniques of precious jewellery, the realities of the gold buyers and the jewelry world. Moreover, for the entire duration of the event, the school will exhibit pieces representing the excellence of the various goldsmith techniques: high jewelry, engraving, fired enamel, embossing and chisel, setting, micro wax sculpture. Even the Galdus School, with the passion of its students and the professionalism of its teachers and goldsmiths, will host workshops and lectures dedicated to the world of jewelry, to involve anyone who has the desire and the curiosity to approach this sector. IED Istituto Europeo di Design opens the spaces of the Milan school to the public with a series of activities promoting the culture of jewelry. It will be possible to visit an exhibition with a selection of the best works realized by students and former students of IED Jewelry Design, attend talks with professionals in the sector and attend experiential jewelry making workshops.

In the Brera district, among the art galleries that will participate in Milano Jewelry Week, the famous Didier Ltd Gallery, founded in 2006 by Didier and Martine Haspeslagh in London, will also be present. They’ll bring at Galleria Consadori of via Brera 2 “La dolce vita: from the art to the movie stars”, a selection of jewels created by ten internationally renowned Italian artists worn by the feminine icons of the Dolce Vita in Rome: from the actresses who worked at Cinecittà, including Elizabeth Taylor, to the rich American ladies visiting the Eternal City. Unique jewels of artists of the School of Rome: Giorgio De Chirico, Afro Basaldella, Franco Cannilla, Giuseppe Capogrossi, Nina Franchina, Edgardo Mannucci, Gino Severini and Giuseppe Uncini, made from the late forties to the early seventies. Didier Ltd will also exhibit some jewels of the great Italian sculptors Arnaldo and Giò Pomodoro who have helped to encourage other artists, such as Lucio Fontana, to create jewelry. The renowned  Inthependant Gallery, directly from Portugal will exhibit a collection of over contemporary artists at Bastioni di Porta Venezia.

VS Gallery in Via Ciovasso ,11 and Galleria San Barnaba in via dell’Orso, 9, will host the contemporary creations of Galeria Alice Floriano (Brasile) and some unique pieces of Barbara Bassi. The renowned Arts Design in Via Dell’Orso 12 will bring together the furnishing complement with the jewel, hosting Stone Stories, the brand of Fatima Essahsah, born in Amsterdam by Moroccan parents who now exhibits her creations in Europe, in numerous museums; a work, that of Fatima Essahsah that tells the Moroccan cultural heritage and the extraordinary Amazigh culture.

In the Milano Jewelry Week certainly could not miss some of the most famous jewelry galleries in the city like Babs Art Gallery in Via Maurizio Gonzaga 2, Irene Belfi in Via Nino Bixio 12, Galleria Rossini in Viale Monte Nero 58 and ESH Gallery in Via Vincenzo Forcella 7 which will host extraordinary collective and personal exhibitions. The galleries inaugurate exhibitions with an important artistic and conceptual value, exposing the fascinating wearable sculptures by artists such as Ugo Nespolo, Chiara Dynys, Alex Pinna, Riccardo Gusmaroli, Antonio Paradiso, Jessica Carroll, Orna Ben-Ami and Fabrice Schaefer.

The conception, the communication management and the coordination of the events of the Milano Jewelry Week are curated by Prodes Italia operating all over the world in the sectors of high jewelery, design, art and wines and creator of the projects Promotedesign.it, Din – Design In, Design For, Artistar Jewels, Treneed.com, Best Wine Stars and Weating. The same is also responsible for the communication and the coordination of the event of Lambrate Design District since 2018.

VALDO, historic winery of Valdobbiadene, founded in 1926 and owned by the Bolla family, takes part in Milano Jewelry Week and all the events on the calendar with one of its most “precious” sparkling wines, the Valdobbiadene Prosecco Superiore DOCG ORO PURO that for the occasion will be dressed by a new label inspired by the ancient Venetian tradition of goldsmith and embroiderers. A tribute to excellence.