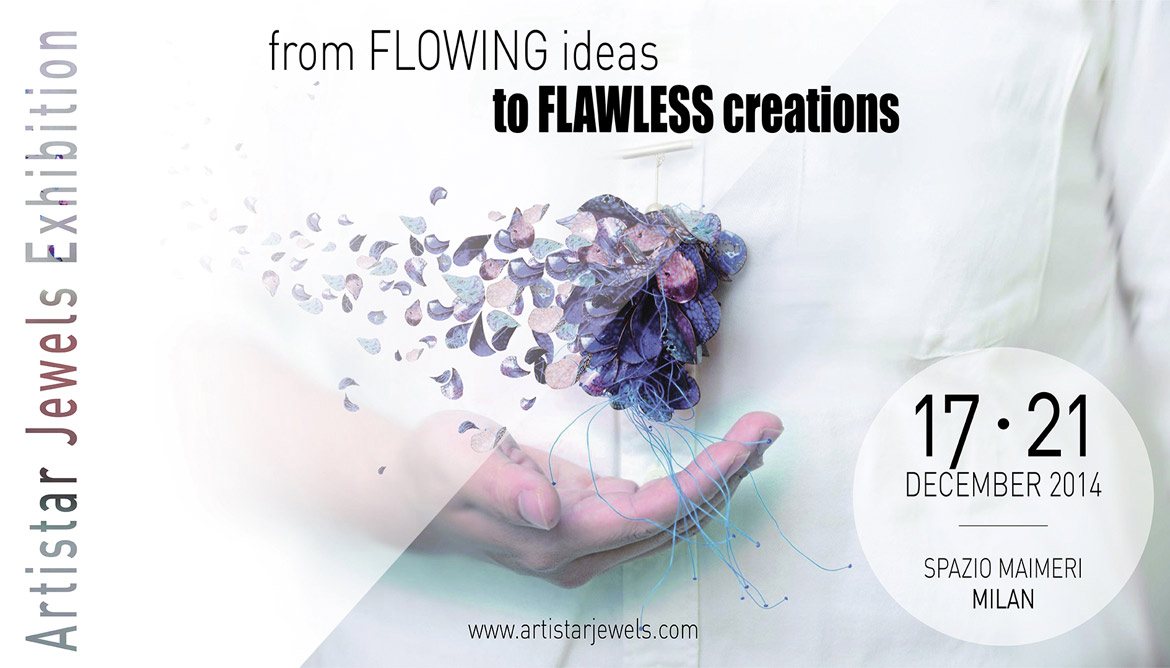 Artistar Contest 2015 is a special initiative which is born from the willing to award and select the best creations of Artistar-Jewels -2015 -project-partecipants. The contest is one of the news of Artistar Jewels which has gathered more than 200 creations of designers from all over the world and it shows a great veriety of unique jewels made by different and innovative materials.

During the Artistar Jewels Exhibition’s inauguration night – December 19th at Spazio Maimeri – there will be the judges, Daniele Lupetti the Editor and the designer & ediotor of Artribune Flavia Chiavaroli.

After theire speeches the winners will be annouced of the following categories: the goldsmith artist, the designer and the goldsmith craftsman. Each category presents different qualities and peculiarities which let you understand the world where a Jewellery Designer works and live.

The goldsmith Artist represents the meeting point between art and goldwork. He/She is the witness and interpreter of his/her time, and uses artistic concepts and languages to realize high-level-objects and with a great technical perfection. He/She is the beginner of all the “revolutions” which are going to influence the current culture.

The designer produces small series of jewels using digital techniques or mechanical productions. He/She is a creative who works into specific parameters, in order to contain the costs of the final product. His/her creations have a strong brand awareness and a strong communicative impact.

The goldsmith craftsman makes directly his/her own pieces. In this wide and complex category many researchers can be included, they could be either artists and the designers. The heritage of the past meets the contramporary culture and the geographical areas creating high-level-objects in quality and value.

The commission is composed by: Enzo Carbone, who is the founder of Artistar Jewels; Gigi Mariani, a goldsmith artist from Modena who is a member of AGC and during the year he took part to a lot of international exhibitions showing his creations all over the world; Carla Riccoboni, a designer from Bassano del Grappa, who have been always interested in the serial-production, she collaborate with ACG where she founded Jewels as a multiples; the artist and designer Barbara Uderzo, who lives between Vicenza and Milan and collaborates with lots of goldsmith companies where she realize and design new collections of precious jewels. Since 1999 she has been working also as a teacher and professor in different design-schools.

The winning creations will be the ones which most respects the parameters of each category. The member of the commission will judge the objects taking in respect of technical, aesthetical and communicative aspects.